EMI analyzed bank marketing data of 25 leading U.S. banks and found a 4% y/y decline in marketing expenditure for the first nine months of 2013.  During this period, marketing spending accounted for 2.6% of net revenues. 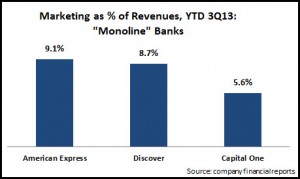 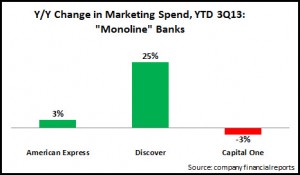 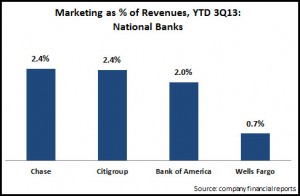 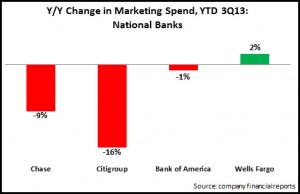 The extent to which banks ramp their marketing spend will be based on whether they see significant revenue growth opportunities, which in turn is dependent on economic growth.  And there are some positive signs in this regard, with the OECD projecting that U.S. GDP growth will rise from 1.7% in 2013 to 2.9% in 2014 and 3.4% in 2015.