According to the FDIC’s Quarterly Banking Profile, U.S. commercial and industrial loans rose 4.8% y/y to $2,077 billion at the end of June 2018.  This marks the third consecutive quarter of accelerating y/y growth since reaching a six-year low of 2% at the end of 3Q17.  Evidence from leading banks’ quarterly financials and investor presentations is that this commercial loan growth is often driven by a focus on particular vertical industry sectors.  For example, PNC reported commercial loan growth of 4.5% in the year to the end of 2Q18, driven by financial services (+9%) and retail/wholesale trade (+7%)

Vertical industry targeting provides a range of benefits for these banks:

We recently scanned the commercial banking sections of leading banks’ websites to identify targeted industry sectors, which we have summarized in the following table.  Not surprisingly, most of the banks are targeting large sectors (e.g., healthcare, energy and government).  However, a number of banks also appear to be targeting more niche sectors, such as aging services (SunTrust), the wine industry (Union Bank) and vacation ownership (Capital One). 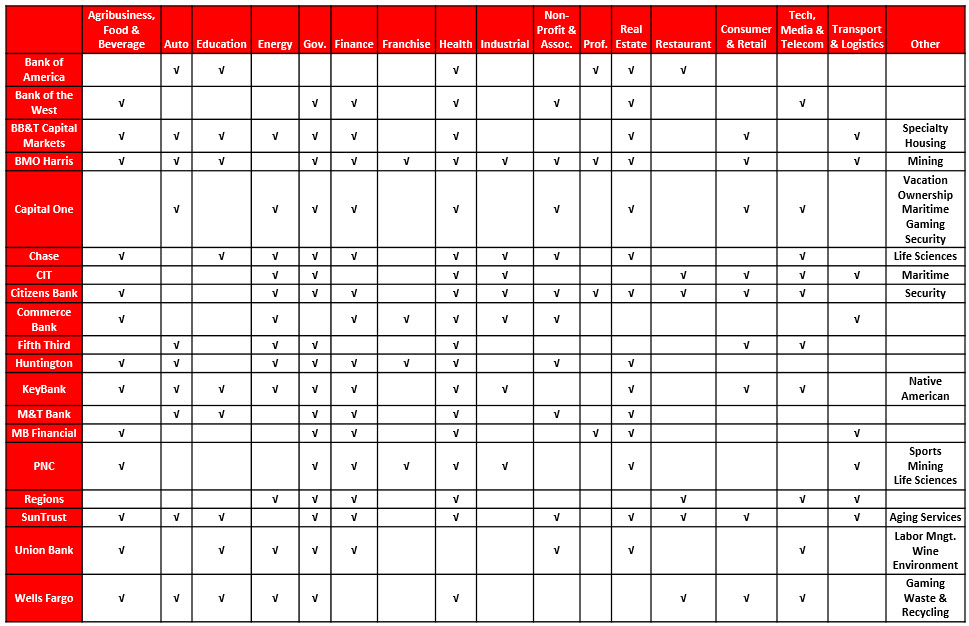 We recognize that simply listing industries on their websites does not mean that these banks are fully engaged in targeting these sectors.  But if your bank is looking to significant grow clients and assets in particular vertical industry sectors, the following are some key considerations: 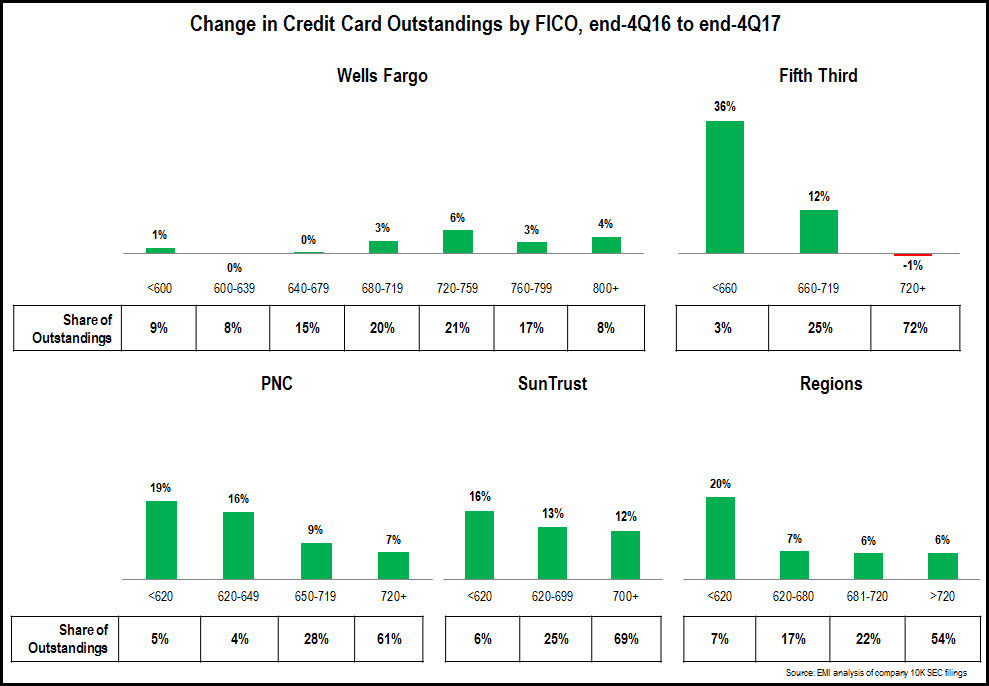 Finally, as most issuers reported strong growth in their credit card portfolios in 2017, charge-off rates are also on the rise, growing 45 bps y/y to 3.61% at the end of 2017.  While the overall charge-off rate has risen from a low of 2.19% in 3Q15, it is down both from post-recessionary highs of 13.13% in 1Q10, and even the 4% levels in 2007, prior to the Financial Crisis.  With charge-off rates still below 4%, the leading issuers continue to be comfortable with promoting credit card loan growth. 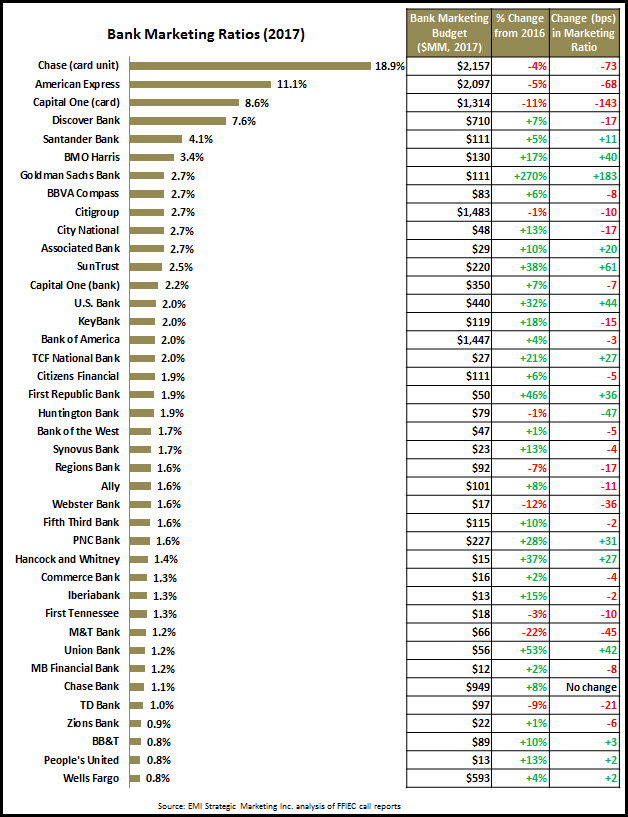