If you listen to Customer Success Management professionals talk about what they do, you’ll get the message loud and clear. In order to be viewed as a growth engine rather than a cost center, the CSM must move beyond being firefighters, which relegates the CSM function to the world of support – helpful, but totally reactive. Just because it is part of the story of how many CSM teams got started doesn’t mean that it needs to be part of how the CSM team is positioned going forward.

I’d like to take things one step further. I believe that success for CSM can be defined as the day that Success managers and executives no longer talk at all about how many customer relationships they and their team have “saved.” I understand the motivation – it’s a tangible demonstration of the value of their function and one that explicitly and clearly relates to the activities of the CSM team. However, there are three problems with ”saved customer” refrain:

Not only does talk of saves do a poor job of positioning the CSM team within the organization, it has the potential to create or foster antagonism between CSM and other functions. The need to save results from some misstep, whether by marketing or sales in poorly setting expectations, product development in delivering an application with feature shortcomings or bugs, or support in failing to respond to requests quickly or thoroughly enough. Does the CSM team really want to be the nagging parent of the organization that always talks about cleaning up everyone else’s mess?

While we’re at it, maybe we should do away with the outward focus on “churn rate.” Talking about CSM in terms of churn still mires it in a framework of prevention rather than expansion and growth. Every customer relationship is an opportunity for growing revenue through renewal, upsell, cross-sell, and advocacy. So why not refer to the performance of the CSM team responsible for managing and nurturing those relationships in terms of conversion of that revenue opportunity? Sales isn’t measured by their loss rate (yes, win/loss is an element of sales performance analysis but it’s rarely the primary sales measure mentioned), but rather by their bookings against quota or their conversion rate. I’m not suggesting that churn should be ignored or even that it not be a/the primary measure used internally by the CSM team. Rather, I’m suggesting that perhaps CSM does itself a disservice and perpetuates the stale paradigms that it is trying to shift by highlighting “saves” to the non-CSM world. 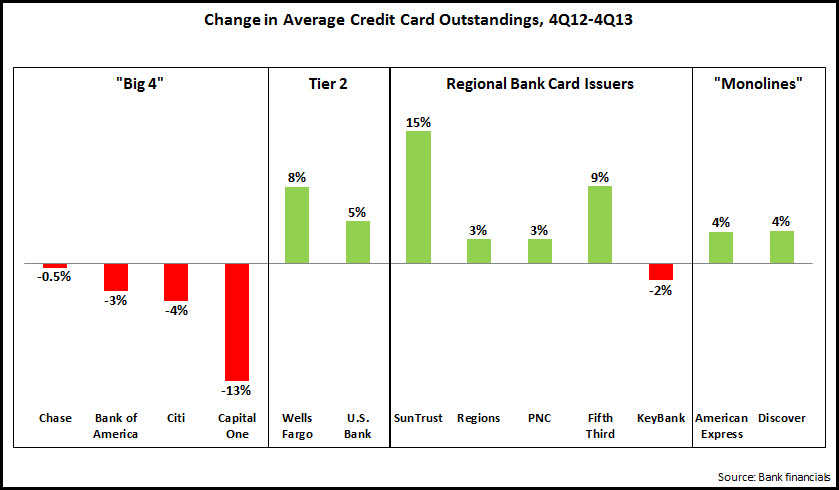 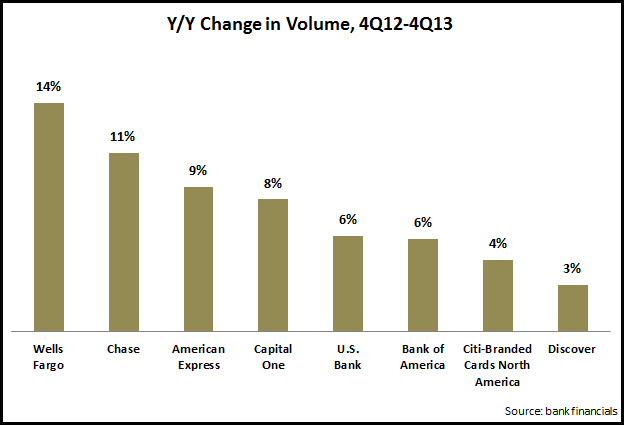 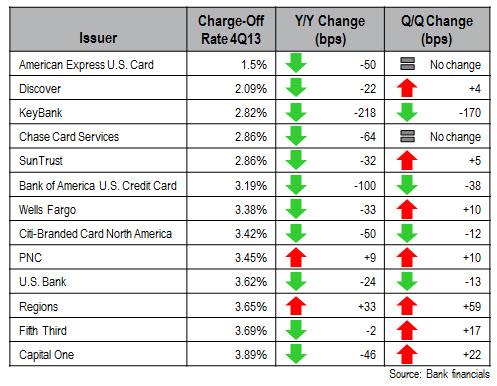 An analysis of 4Q13 and full-year 2013 financial results for the leading U.S. banks reveals that most are continuing to reduce their marketing spend.  This is being driven by both economic uncertainty as well as banks’ long-term desire to cut costs and maintain profitability as they struggle to generate revenue growth.

At first glance, this would imply that banks have ramping up their marketing spend in recent years.  However, many of these banks have changed dramatically during this period, mainly through acquisition.  For example, Wells Fargo acquired Wachovia, Chase bought Wamu, and PNC purchased both National City and RBC Bank.  So, to ensure that we are comparing like-with-like, we need to look at “marketing intensity”, which we define as the ratio of marketing spend to net revenue.

As there are now signs that economic recovery is gaining strength, increases in consumer and business confidence should translate into a greater demand for financial revenues and opportunities for banks to grow revenues.  However, the need for increased marketing investment to capture business growth will be battling against banks’ cost-cutting culture that has become in recent years.