In a recent blog post, EMI discussed growth trends in credit card outstandings and charge-off rates, and the importance of ensuring that both remain at manageable levels. Now, our analysis of 2Q17 financials for leading issuers, as well as the latest reports from the FDIC and FFIEC, reveal the following trends on these two key credit card metrics: 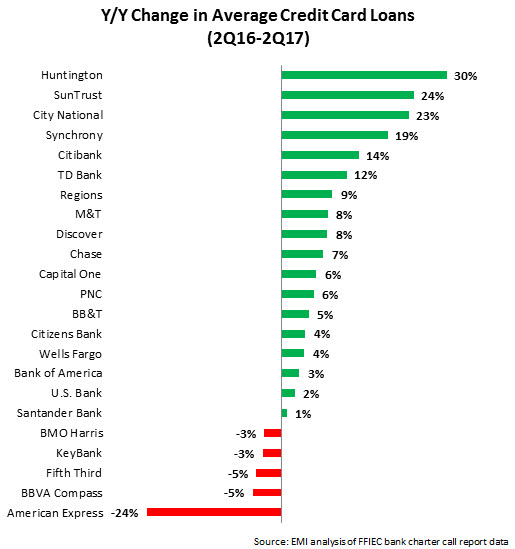 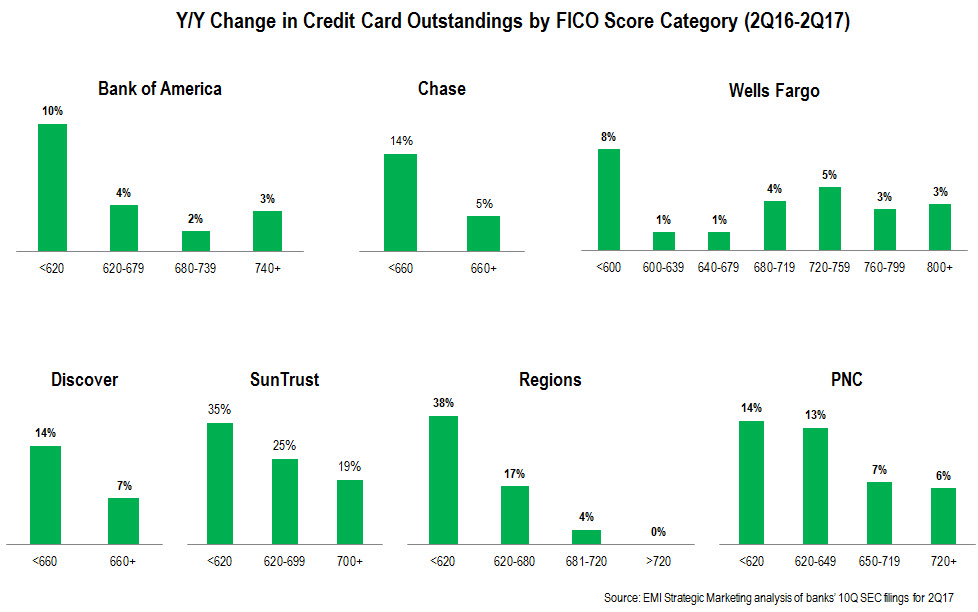 EMI analysis of the leading U.S. credit card issuers’ latest quarterly financials—as well as FDIC call reports—revealed the following trends in outstandings, volume and charge-off rates. According to the latest call report data from the FDIC, end-of-period outstandings rose 0.9% between 3Q13 and 3Q14.  Three of the four issuer segments grew card loans, with the Big Four issuers continuing to act as a brake on stronger overall growth. In recent years, issuers have focused much more on growing volumes rather than loans.  Even as issuers are now refocusing on growing outstandings, they continue to seek to grow card volume, through tiered rewards programs and acquisition/activation offers.  Issuers leading the way include Capital One (17% y/y rise in general-purpose card volume), Wells Fargo (+16%), Chase (+12%) and American Express (+9%). Credit card charge-offs rates continue to decline, with the scale and duration of the decline surprising the issuers themselves.  Of the 13 issuers in the table below, seven had 3Q14 charge-off rates below 3%, and eight of the issuers reported y/y declines. Issuers continue to focus outstandings growth on higher-FICO segments, with some exceptions.