EMI analysis of recently-published FDIC data on 2014 marketing spending for 17 leading banks found that banks are beginning to grow their marketing budgets in order to drive revenue growth in a growing economy.  The scale of the increase was relatively modest, a trend that we expect to continue in 2015, as banks look to marry their desire for revenue generation with a continued need to exercise a tight rein on costs.

Specific findings from our analysis: 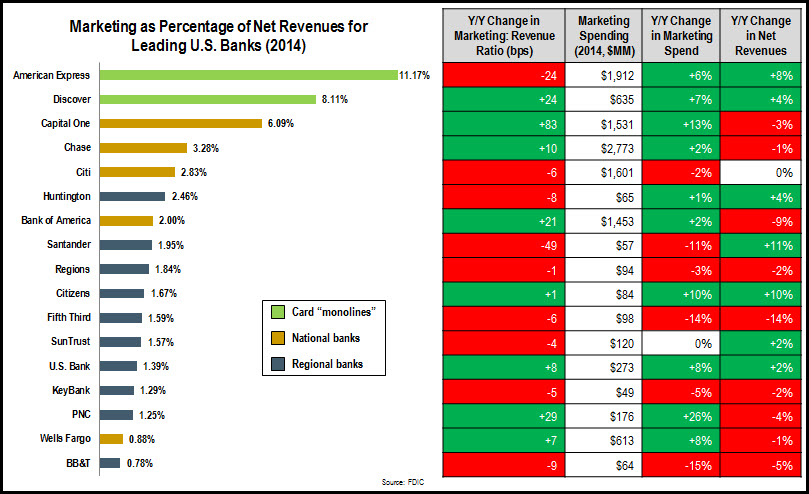