In a recent blog, EMI discussed some key takeaways from leading credit card issuers’ 3Q16 earnings, one of which was the relatively strong growth in credit card outstandings.  In this blog, we look deeper into outstandings trends to identify what FICO Score segments issuers are focusing on to grow outstandings.

Firstly, it is notable that leading issuers reported y/y growth in credit card outstandings across multiple FICO Score segments.  However, there were important variations among the issuer categories: 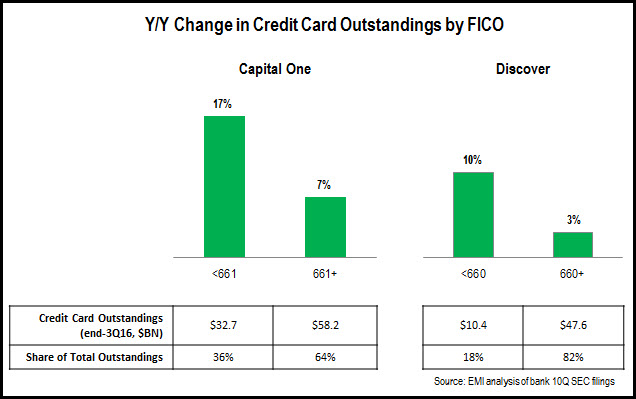 As issuers seek to continue to increase overall credit card loan growth, it is likely that they will continue to focus on multiple FICO Score segments.  They will also be looking to identify underperforming segments, diagnose reasons for this underperformance (e.g., deficiencies in cards, offers or communications targeting these segments), and develop initiatives to improve performance.  Similarly, issuers will want to identify if they are overly dependent on certain segments for outstandings growth or share, and whether this dependence leaves them vulnerable to changes in the macroeconomic or competitive environments. 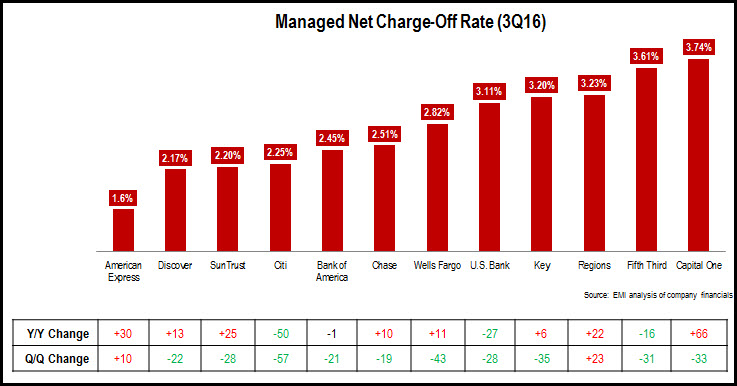 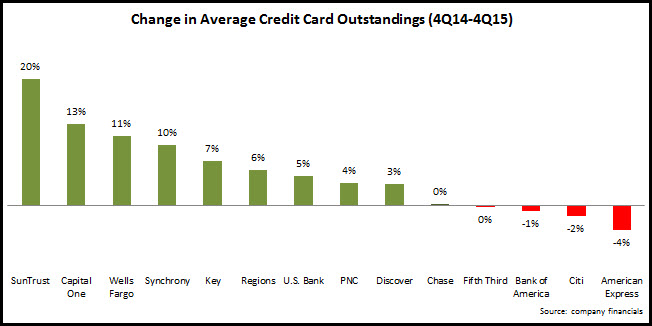 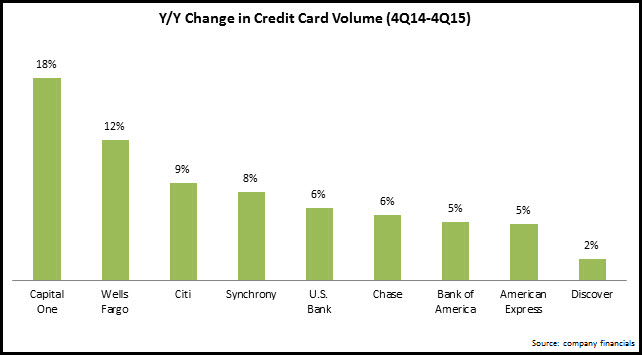