The recently-announced credit card issuing deal between Wells Fargo and American Express highlights issuers’ focus on targeting the affluent market. Over the past two years, Wells Fargo has been successful in increasing credit card penetration of its retail bank households from 27% to 35%. To grow penetration further, the bank has realized that its needs a broader credit card portfolio to meet the needs and usage patterns of customer segments. It has revamped some of its cards and offers, but still lacks a high-end card. The deal with American Express will serve to fill this gap.

The changes in credit card outstandings by FICO segment for different issuers in the two-year period between end-June 2011 and end-June 2013 clearly illustrate the growing importance of affluent consumers to issuers’ credit card portfolios: 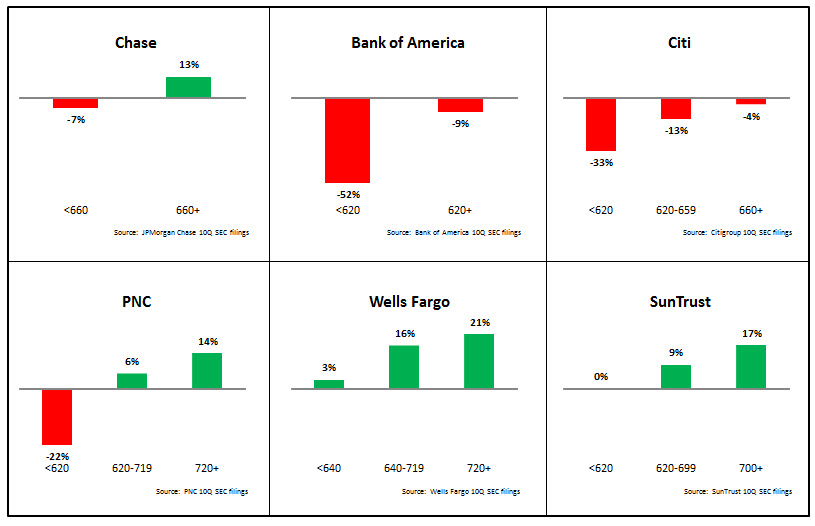 Issuers are now turning their attention to outstandings growth (see our recent blog on 2Q13 credit card metrics), with even the three largest issuers (Chase, Bank of America and Citi) all reporting that the extended period of outstandings decline is coming to an end. However, the scars from the financial crisis will linger, and issuers remain reluctant to extent credit to consumers with low FICO scores (these consumers are increasing being offered alternative payment products, such as secured and prepaid cards).

So, EMI expects that most issuers will be looking to build outstandings from consumers with higher FICOs (generally above 680). In this increasingly competitive environment, the following are 5 ways that credit card issuers can effectively market to the affluent consumer segment: